There are several foods and types of foods that speed up metabolism that can help you burn fat and lose weight. Though it’s probably hard to believe that you can lose weight by actually eating, instead of starving, it’s true. You’re probably already eating at least some of these foods, at least once in a while. So simply add them to your diet a little more often and reap the benefits of these superfoods.

If you like spicy food you may already be eating peppers. Cayenne peppers, habaneros, jalapenos– these are hot and spicy foods that speed up metabolism. They don’t just taste hot, they make your internal furnace run hotter, too. And the really good news is that they keep boosting your metabolism for up to 3 hours after you’ve eaten them. That’s a long-lasting fat-burn, so if you like spicy foods at all, take advantage of them often. Though watch what else is in the spicy dish, like too many simple carbohydrates and too much fat.

Fish like salmon, sardines, and tuna are rich in Omega-3 fatty acids, which is good for your heart in addition to helping speed up your metabolism. These fish lower the level of leptin, a hormone, in your system. Studies have shown that lower levels of leptin make it easier to lose weight and keep it off. Fish are also a great source of lean protein, and protein is an important part of many of the foods that speed up metabolism.

Foods rich in protein like eggs, lean meat, legumes (beans) and even often-criticized peanut butter will boost your metabolism. Peanut butter is rich in protein and monounsaturated fats, making it a healthy food if eaten in moderation. Choose natural or organic peanut butter to eliminate any hydrogenated oils and sugar, to make it one of the healthiest foods imaginable. Any natural nut butter, like almond butter, offers the same protein boost, with almond butter offering you antioxidants, cholesterol-lowering substances, and monounsaturated fats, among other things. Don’t give up nuts because they’re high in fat, they can be part of your weight loss plan in moderation.

Whole grains like oatmeal are vitally important foods that speed up metabolism. Low-carb diets miss out on these important foods, which provide needed glucose and energy for the brain to function properly. The reason whole grains boost metabolism while simple sugars and starches slow it is because of the insulin released. Whole grains digest slowly and put little insulin into the blood. This keeps things humming along smoothly. Sugars make the blood sugar spike which triggers a heavy release of insulin, which immediately tries to store everything as fat. When it’s pulled the sugar from your blood, you’re hungry again and you crave more sugar. It’s a vicious circle that wreaks havoc on your metabolism.

Fruits and vegetables, particularly berries and dark green, leafy veggies, are also excellent sources of vitamins and antioxidants, and they’re all foods that speed up metabolism. 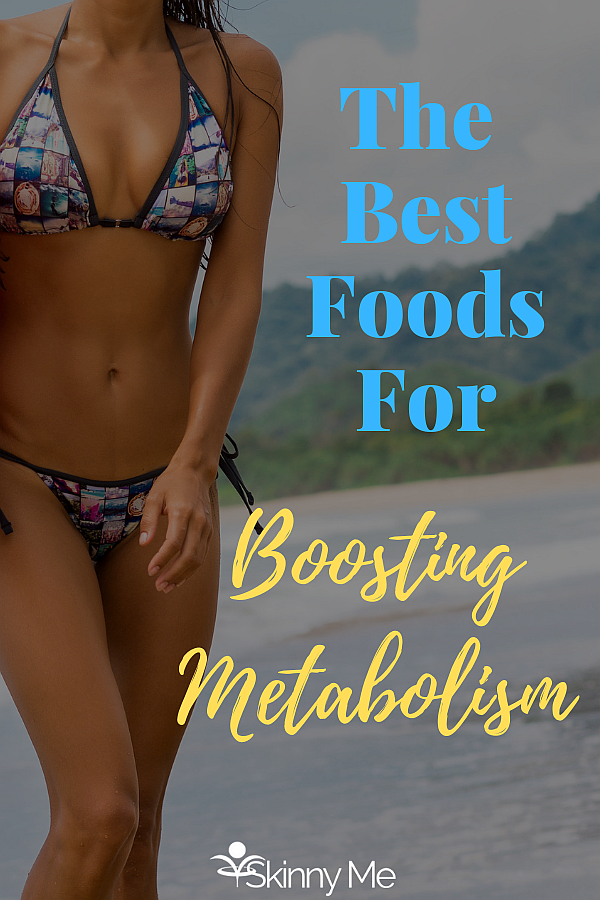