You are here: Home / Supplementation / Surprising Health Benefits Of Probiotics You May Not Know
Share
Tweet
Pin
145 Shares 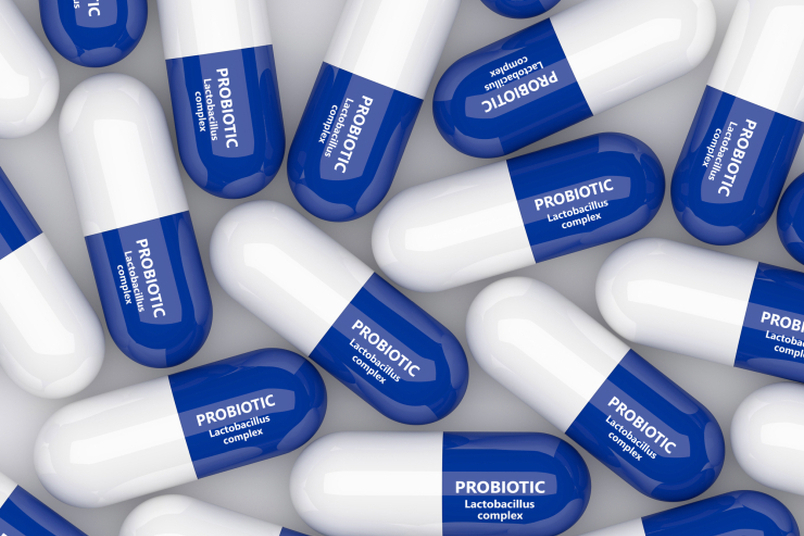 There are many microorganisms, both good and bad, that live on or in our body. Some of these microorganisms cause disease while others help us with things such as digesting food or destroying disease-causing bacteria.

Optimum health is achieved when intestinal homeostasis, a balance of good and bad bacteria, exists in our body. Probiotics can help provide a healthy balance of bacteria which can offer a number of health benefits – some that may even surprise you.

Probiotics are live microorganisms like the ones found naturally in our body. They are good bacteria that help counter the negative effects of the bad bacteria. Probiotics can be found in fermented foods such as yogurt, sauerkraut, and aged cheeses.

Not all fermented foods contain probiotics, however. Processing of certain foods by pasteurization or baking kills the live cultures within the food. It is important to read the label to confirm whether or not a particular food contains probiotics.

Prebiotics can be thought of as food for probiotics which help to increase the number of and sustain the live probiotic cultures. Prebiotics are usually high-fiber foods such as whole wheat, bananas, and apple skins.

Combining prebiotics with probiotics works synergistically to provide optimum benefits offered by good bacteria. These prebiotic and probiotic combinations are known as synbiotics.

Probiotics offer a number of health benefits. Although more research is needed, studies confirm that probiotics have benefits in several health-related areas.

Probiotics have shown to help with some digestive issues.

Probiotics have also shown to alleviate gastrointestinal symptoms in patients with chronic constipation. In one 4-week study, 89% of participants showed an improvement in their constipation after consuming a probiotic beverage containing Lactobacillus casei Shirota (2). In another study, this same strain from a fermented milk beverage proved to have an intestine-conditioning effect by improving the frequency of defecation and stool quality (3).

Probiotics have shown to reduce the duration and severity of diarrhea. Many studies confirm that when used in conjunction with rehydration therapy, probiotics are a safe an effective remedy to lessen the effects of acute infectious diarrhea (4).

An imbalance of intestinal flora is often caused by the use of antibiotics. Because of this, there has been an increase in C. difficile-associated infections. Probiotics show to be promising in helping to minimize these types of infections.

Probiotic bacteria also appears to be therapeutically effective in the treatment of irritable bowel syndrome (IBS) (5).

Our gut health plays a huge role in our body’s defense against rogue pathogens that cause disease. It is the gateway to a healthy (or unhealthy) immune system. A unbalance of microbiota in the gut can allow bad bacteria to foster which can cause leaky gut syndrome, allowing the onset of disease.

Many studies have been carried out on the effects of probiotics on allergies with positive results.

Some studies have shown that probiotics may play a role in the prevention of food allergies (7,8,9). Research continues to spark interest in patients with multiple food allergies to sort out which probiotic strains have an effect on specific allergies.

Allergic rhinitis is an immune reaction to common antigens in the nasal mucosa. Probiotics are an effective remedy to rhinitis, although the underlying mechanisms aren’t yet fully understood (10).

Studies have also shown probiotics to have a positive effect in managing atopic dermatitis, or eczema.

In one study, one of two groups of infants with eczema was given probiotic-infused formula while the other was not. The infants given the probiotic formula showed significant improvement in the skin condition compared to the second group (11).

You may have heard the term “leaky gut”. Leaky gut refers to increased permeability in the intestine and is a cause of inflammation in the gut.

A normal intestine acts somewhat as a barrier to what enters the bloodstream. Leaky gut allows all sorts of unwanted toxins to slip by causing not only gastrointestinal issues such as celiac disease, Crohn’s disease, and irritable bowel syndrome, but autoimmune diseases such as lupus and type 1 diabetes, chronic fatigue syndrome, arthritis, asthma, acne, and obesity to name a few (12).

Eating a nutritious, unprocessed, fiber-rich diet devoid of sugar is the first step in helping to rebuild the gut lining and helping to rebalance the gut flora.

Researchers at the Cleveland Clinic have discovered that when gut microbes feed on choline which is found in eggs, red meat and dairy products, a compound called trimethylamine (TMA) is produced. TMA is converted into trimethylamine-N-oxide (TMAO) in the liver which can lead to atherosclerosis (13).

Studies are underway using probiotics to suppress certain gut microbes from altering arteries and other organs in the body.

There is also evidence that the gut microbiota may influence the levels of cholesterol and other fats in the bloodstream, as well as blood pressure.

Gut microbiota has been linked to behavior and stress. Studies have shown that when probiotics are taken, anxiety, stress, and mental outlook improve (14).

The production of neurotransmitters like serotonin is highly influenced by good bacteria that helps make up your intestinal microbiome.

With continued research, probiotics could become a mainstream treatment for mental health issues such as anxiety, stress, and even help shield soldiers from the effects of PTSD (15).