Have you heard about the ketogenic diet and want to know what it is and how it works? In this 3-part series we’ll explain everything you need to know in order to fully understand keto and know if this diet is right for you. 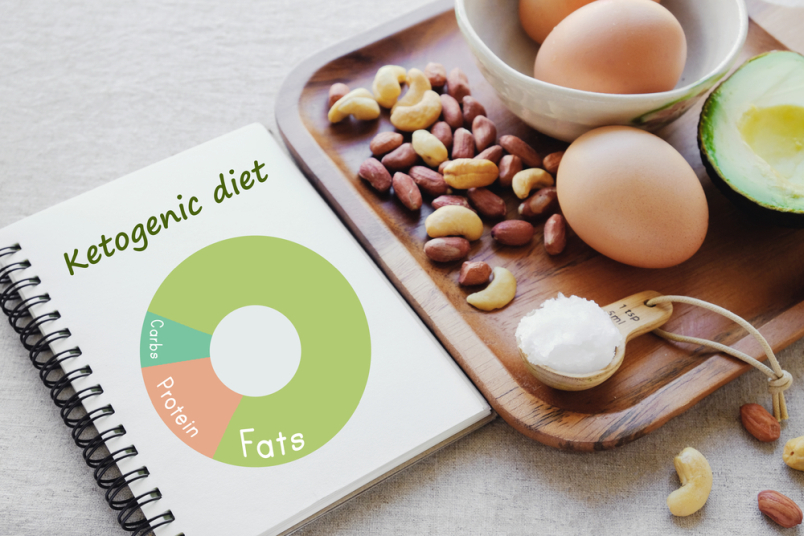 What Is The Ketogenic Diet? 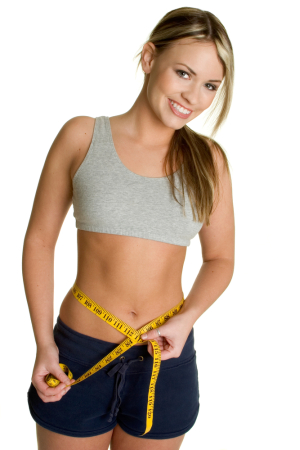 The Ketogenic diet (keto) is an eating plan that features a very low intake of carbohydrates, which are macronutrients found in food.

Low carb diets are eating plans that typically lower the intake of carbs to below 100 grams per day, the Ketogenic diet is the most strict of these and limits intake to less than 50 grams per day, preferably starting with 20 grams.

It is most important to understand that keto is not a fad diet or a temporary solution to weight loss, it is actually designed to be a lifestyle plan that not only results in successful weight loss, but also promotes overall health, energy, and vitality. It eliminates junk and processed food by definition, as most carbs are just that allowing you to eat clean, whole food for better overall health and wellness.

While some may question how sustainable it really is to drastically lower carb intake, in reality, it is quite easy with the wide variety of whole foods available, and several studies show they offer better results for weight loss than low-fat diets, or even low-calorie diets.

One of the reasons for this, besides various metabolic processes in the body, is that reducing carb intake naturally regulates the appetite, so people find they eat less naturally because they are satisfied and without starvation.

In general, a keto diet may be ideal for the overweight and obese, diabetics, anyone who needs to improve their metabolic health and for various other health reasons.

Keto is flexible and there are three distinct plans that target different goals.

This one is very low in carbs, with moderate protein, and high in healthy fats.
The ratio is typically  75% fat, 20% protein, and 5% carbs

This plan is similar to SKD but includes more protein.
The ratio is typically 60% fat, 35% protein, and 5% carbs

This plan is also used by bodybuilders, athletes and those who work out regularly to fuel intense workouts.
High load carb intake based around workouts

Fuel Utilization In The Body: The Main Principle Of Keto

The body has three storage depots to use as fuel: 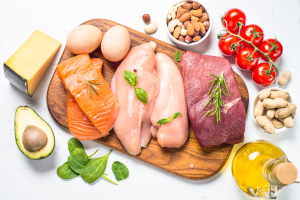 In a regular high carb diet, carbohydrates are the main source of fuel for the body.

While this carb cycle may not occur in everyone, for many who are obese, have a sensitivity to carbs, or who do not expend the required amount of stored energy, this is often the case and the main culprit behind obesity.

When the intake of carbs is limited, and their sources controlled, meaning that starches and sugars are eliminated, the body goes into a state called lipolysis, a most efficient biochemical pathway to weight loss and a scientifically proven alternative to using glucose for energy.

1)        Lipolysis occurs when the body begins to burn fat stores for energy instead of carbohydrates that are obtained from the diet.

2)        The by-products of this fat burning process are ketones and ketosis is the secondary process of lipolysis.

3)        By lowering intake of carbohydrates and also the sources of those carbohydrates, which the body will use for energy first when available, it is forced to use its fat stores instead, literally melting it off the body in a state referred to as ketosis.

Sugars, grains, starches, and starchy vegetables fuel your body when you eat them, a state called glucosis (a term coined by the late Dr. Atkins, a pioneer in low carb weight loss). It is only when you lower carb intake and limit it to non-starchy vegetables, and small amounts of certain dairy foods that you are not eating enough carbs to create glucose, creating a state of ketosis where the body begins to burn its fat stores for energy.

Ketosis and ketoacidosis are often confused and they are two completely different things.

Fuel Utilization By The Brain 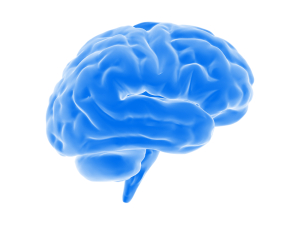 According to Psychology Today, while the brain typically runs on glucose, it has no problems getting its fuel from ketones when they are available.

While some parts of the brain can only use glucose for energy, the body takes care of this too. When glucose is lacking, it can turn protein into glucose through a process called gluconeogenesis.

This process can only occur while following a low carb diet and the sources of those carbs are not insulin trigger foods, such as starches or sugars.

What The Science Shows

Findings published on the National Institutes Of Health website, Metabolic Effects of the Very-Low-Carbohydrate Diets: Misunderstood “Villains” of Human Metabolism, (Manninen et al) ascertains that reducing carb intake triggers a harmless physiological state known as ketosis, where ketones flow from the liver and spare the need for glucose metabolism providing an alternative source of fuel for the body.

The report further states that there are no clear requirements for dietary carbohydrates in human adults and that ketosis may offer therapeutic benefits for various different disease states, those common and also those that are rare.

The report further comments on a landmark study that showed a very low carb diet results in a significant reduction of body fat and a naturally accompanying increase in lean body mass in male subjects of normal body weight.

Study From The American Journal of Clinical Nutrition

Ketogenic or low carb diets result in weight loss, as just one study conducted in 2008 and published in the American Journal of Clinical Nutrition reported a 12-pound weight loss in only 4 weeks in obese men who followed a low carb diet.

Interestingly enough, all the studies’ subjects noted less hunger and more satisfaction on the low carb plan than while eating a low-calorie diet.

A study conducted at Stanford University (Christopher Gardner, et al) and funded by the National Center For Complementary and Integrative Health studied 311 overweight and obese pre-menopausal women and each one of the female subjects was randomly assigned one of four diets: Atkins™, Zone™, the LEARN™ diet or the Ornish™ diet.

Atkins was lowest in carbs, the Zone was low carb but higher in carbs than Atkins and the LEARN and Ornish diets were both regular carb but low-fat plans.

The final results showed the women on Atkins to lose the most weight, an average of 10 pounds over 12 months and these women also improved their metabolic profile.

Another study conducted at Duke University Medical Center followed 120 obese subjects for six months. Half of the subjects followed the Atkins plan while the other half followed the American Heart Association’s low-fat diet.

The average loss for the Atkins group was 31 pounds, while the low-fat diet averaged only a loss of 20 pounds.

The first ever conducted Bayesian study of the effects of diet therapy on weight loss (Sackner-Bernstein, Kanter, Kaul), published in October of 2015 evaluated data from 17 randomized controlled trials of 1,797 people who were obese and overweight.

The evaluation demonstrated more effective and greater weight loss and a reduced predictor of cardiovascular disease risk in those who followed a low carb diet versus a low-fat diet.

The Bayesian approach delivers insights, which are not always readily available in the traditionally used meta-analytical research and reveals the likelihood of a certain outcome in regards to the subject matter, a sort of summary that makes it easier for doctors to understand mass amounts of data.

According to, Dr. Sackner-Bernstein, the leader of this Bayesian analysis, the results showed that a low carb diet had a 99% probability of resulting in greater weight loss.

Moreover, while there was a modest difference between the actual weight lost and health outcomes stemming from each diet, there was a clear higher likelihood that reducing carb intake was superior to restricting fat. 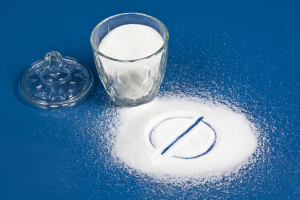 saturated fat with refined carbs and sugars, something that has become commonplace in the United States in the last several decades is associated with either no improvement in or increased risks for cardiovascular disease as well as higher risks for dyslipidemia.

The study’s researchers advised that considering the current epidemic levels of insulin resistance as seen in the massive numbers of type 2 diabetes cases and obesity, reducing intake of refined carbs and sugar along with weight control should be a top priority in the public’s dietary goals.

Benefits Of The Ketogenic Diet

According to The CDC and the National Association Of Diabetes And Digestive And Kidney Diseases:

Many experts attribute this epidemic in large part to a steady increase over time in the intake of unhealthy carbohydrate-rich foods, including table sugar, simple sugars, sweets, refined starches, and processed food.

Experts, such as Dr. Sackner-Bernstein, surmise that statistics imply a link between high carb intake in the American diet and obesity on a societal scale. The analysis protocol of this study used data from various randomized clinical trials, which is the gold standard for assessing whether or not a particular treatment makes a real difference for any particular condition.

Low carb eating results in weight loss and has done so for thousands of people who have struggled with their weight all of their lives.

This is one of the main reasons that Keto is not a fad diet or a temporary solution; it is a lifestyle change that allows you to lose excess weight and maintain a healthy weight for ongoing health benefits. 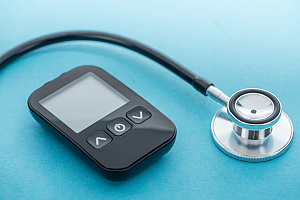 Since low carb eating eliminates insulin triggers, (sugars and starches) it is the diet of choice for those with prediabetes or those already diagnosed with type 1 or type 2 diabetes.

Eating a low carb diet reduces the need for the body to produce insulin, which is used to break down the glucose converted from dietary carbs in the bloodstream.

Reducing carb intake or insulin trigger foods reduces the production of insulin in the body and prevents the erratic blood sugar spikes that may lead to insulin resistance.

If this cycle continues, it eventually leads to metabolic syndrome, which is a set of conditions related to insulin resistance and includes heart disease, obesity, fatty liver, and type 2 diabetes.

Of course, anyone who is considering changes to their diet should consult their doctor. This is particularly the case if you are taking medication for your diabetes, as this may need to be adjusted too.

Research has shown that a low carb diet can help to reduce levels of visceral fat specifically rather than the superficial subcutaneous fat.

Visceral fat or belly fat is the most dangerous type of fat that is deeply embedded around major organs inside the body and a recent large study showed a significant correlation between waist size and reduced life expectancy in both men and women. 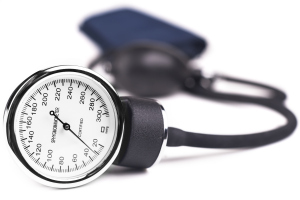 Other Benefits Or Uses Of A Low Carb Diet Include…

Continue with The Ultimate Guide To Keto For Beginners: Part 2 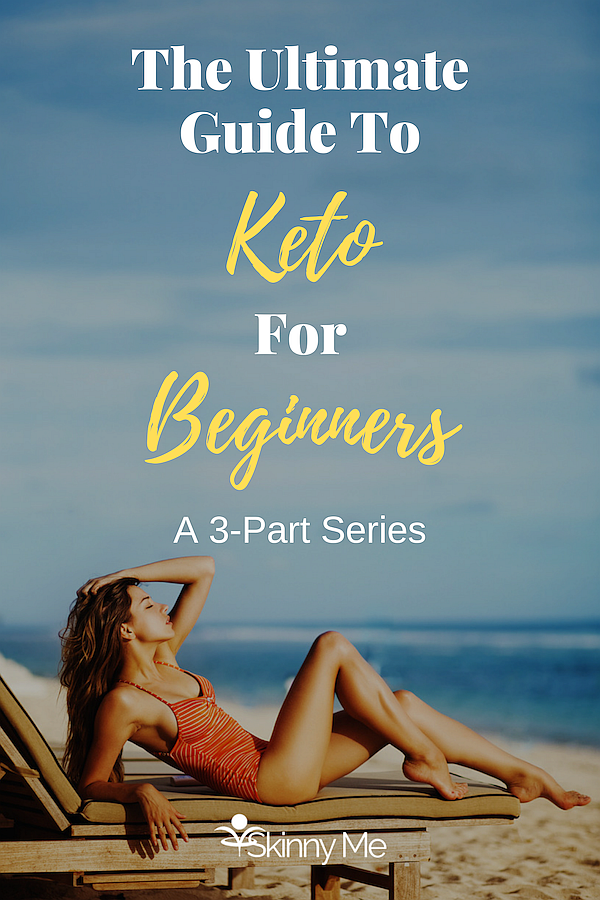